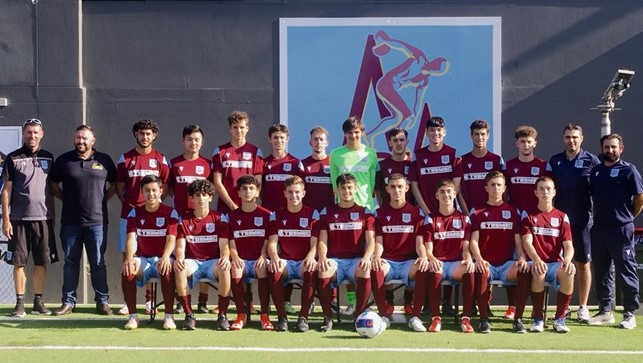 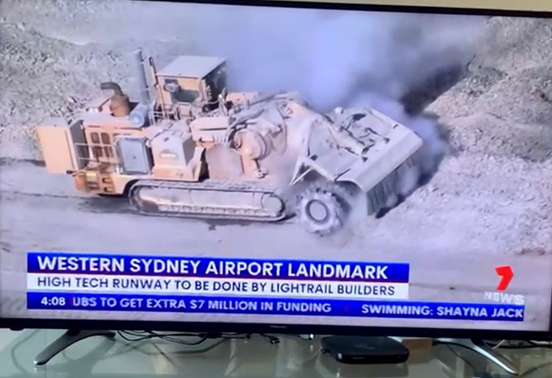 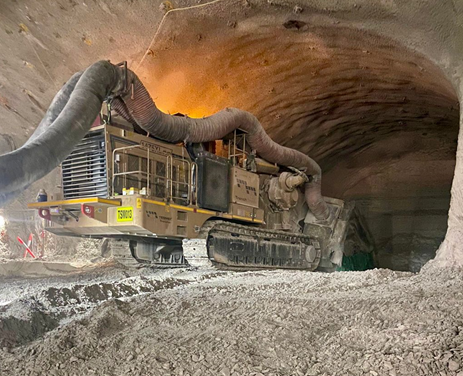 Viareggio (Lucca), 15 March 2022 – Tesmec, the company at the head of a leading group in the market of technologies dedicated to infrastructures (overhead, underground and railway networks) for the transport of electricity, data and materials (oil and derivatives, gas and water), as well as technologies for the cultivation of quarries and surface mines, has been present in Australia since 2015, through a subsidiary company based in Mount Druitt, Sidney, and supplies equipment and technologies that find application in many construction sites in the country, mainly in the context of the renewable energy plants construction, including wind and solar farms, but also for the renewal of telecommunication networks and civil infrastructures.

What characterizes the Company and the excellence of its works is the fact that it is based on a more efficient method of rock excavation through the use of the latest equipment and technologies available in the World. The deep-rooted presence on the Australian territory and the leadership in the supply of technologically advanced solutions for excavation are the key factors that have determined the choice of Tesmec as strategic solution provider by STE. Vision, excellence, innovation, experience: this is what binds Tesmec S.p.A. and Specialist Tunnel Excavation Group, which have a collaborative relationship, to bring the most advanced made in Italy excavation solutions for applications in large tunnels, civil infrastructures and mining projects in the Australian territory. Thanks to fully supported relationships with excavation equipment suppliers such as Tesmec, STE is able to offer innovative solutions for tunnels of any size, mining or civil projects.

From this relationship something more was born, which goes beyond commercial agreement and sees the transposition of those values of team spirit, excellence and competitiveness that distinguish the collaboration between the two companies, in the cultivation of young talents and the Italo-Australian cultural exchange: the Tesmec Group logo will, in fact, be present on the jerseys of the historic Australian team APIA Leichhardt Football Club, founded in 1954 by the thriving Italian community based in Leichhardt, in the western part of the city of Sydney, during the 2022 Viareggio Cup.

The competition - an international youth football tournament born in 1949 on the initiative of the Centro Giovani Calciatori of Viareggio and which over the years has seen the youth clubs of the most prestigious Italian and international teams - returns on Wednesday 16 March, after a stop of over a thousand days.

The opening match, broadcast by Rai TV, will take place at the "Necchi-Balloni" stadium in Forte dei Marmi and will see Bologna, the outgoing champion, and APIA Leichhardt FC compete against each other. “The Specialist Tunnel Excavation Group is proud to have played a fundamental role in this support action and nurture of the cultural, technological and economical relationship between Italy and Australia” is the comment of Mr. Lee McCourt, Managing director of STE Group.

An excellent teamwork at the level of commercial relations that aims to extend the positive contribution with a view to strengthening the social responsibility activities of the Tesmec Group, with particular attention to the new generations. The values that characterize the game of football, such as team spirit and competitive spirit in compliance with the rules, contribute, in fact, to making this initiative a valid tool for social promotion, with a significant value in terms of inclusion and sustainability.

The President and CEO Ambrogio Caccia Dominioni commented: "The Tesmec Group is pleased to be able to associate its name with these young talents, with the aim of improving the important technological and cultural exchange between Italy and Australia and as proof of its social commitment. We thank STE for having built this path with us which demonstrates our desire to link the values of loyalty, sincerity and team spirit, typical of football, to the activity of our Group, at the same time stimulating a commitment to the development of these ideals in young."