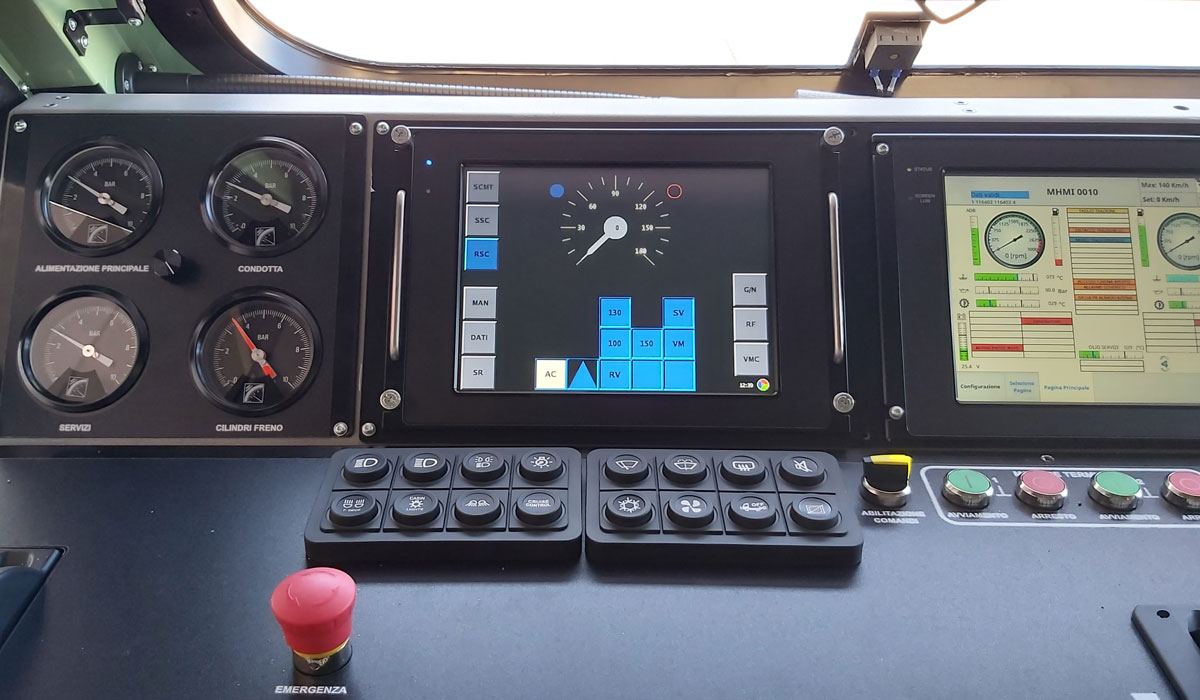 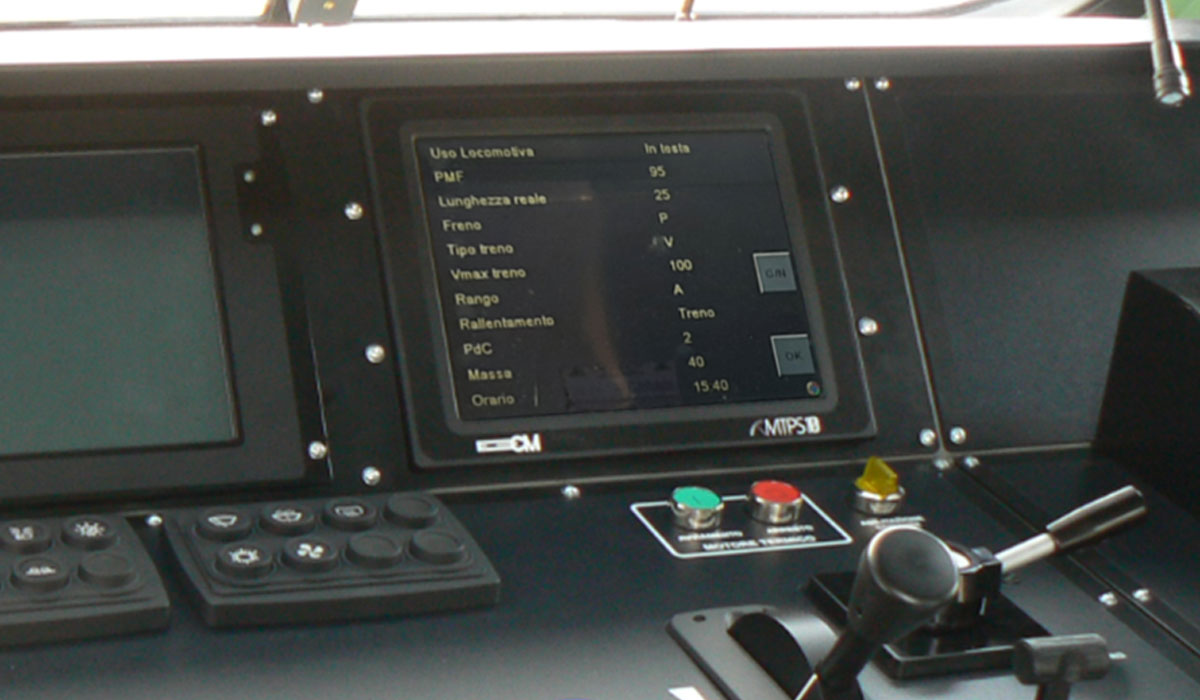 The Automatic Train Control System (SCMT/SSC) has the task of keeping the behavior of the train driver under electronic supervision according to the railway signals and it acts on the maximum speed allowed on the stretch of line traveled, slowing down the speed to preserve the safety of march. In dangerous conditions, the STB system intervenes first by signaling the anomaly to the driver and, in the event that he does not intervene, automatically activating the service or emergency brake, up to the stop of the train. Radio equipment, electronic sensors and antennas allow constant and continuous Ground-Board communication, guaranteeing the highest safety standards for the movement of railway rolling stock.