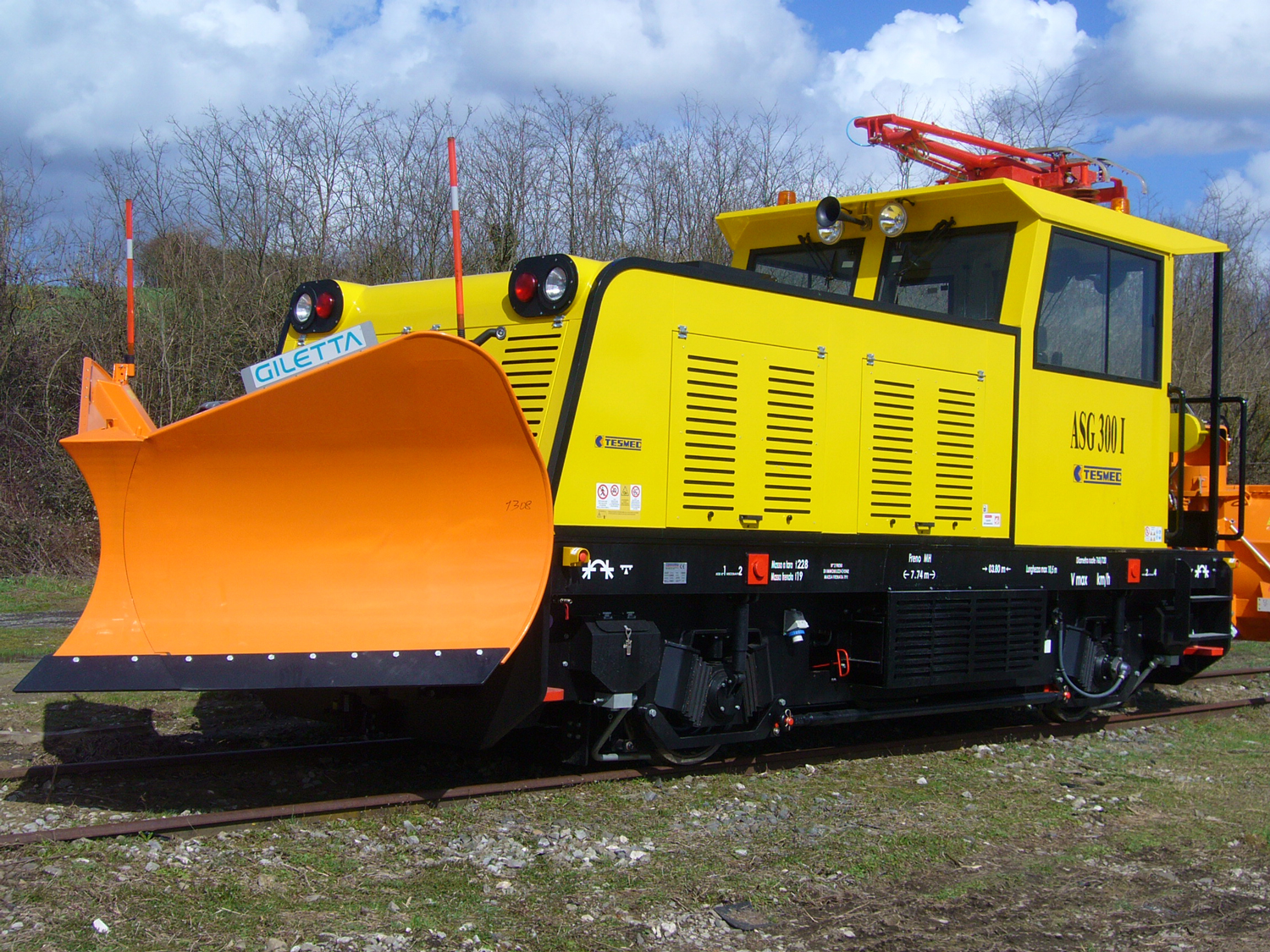 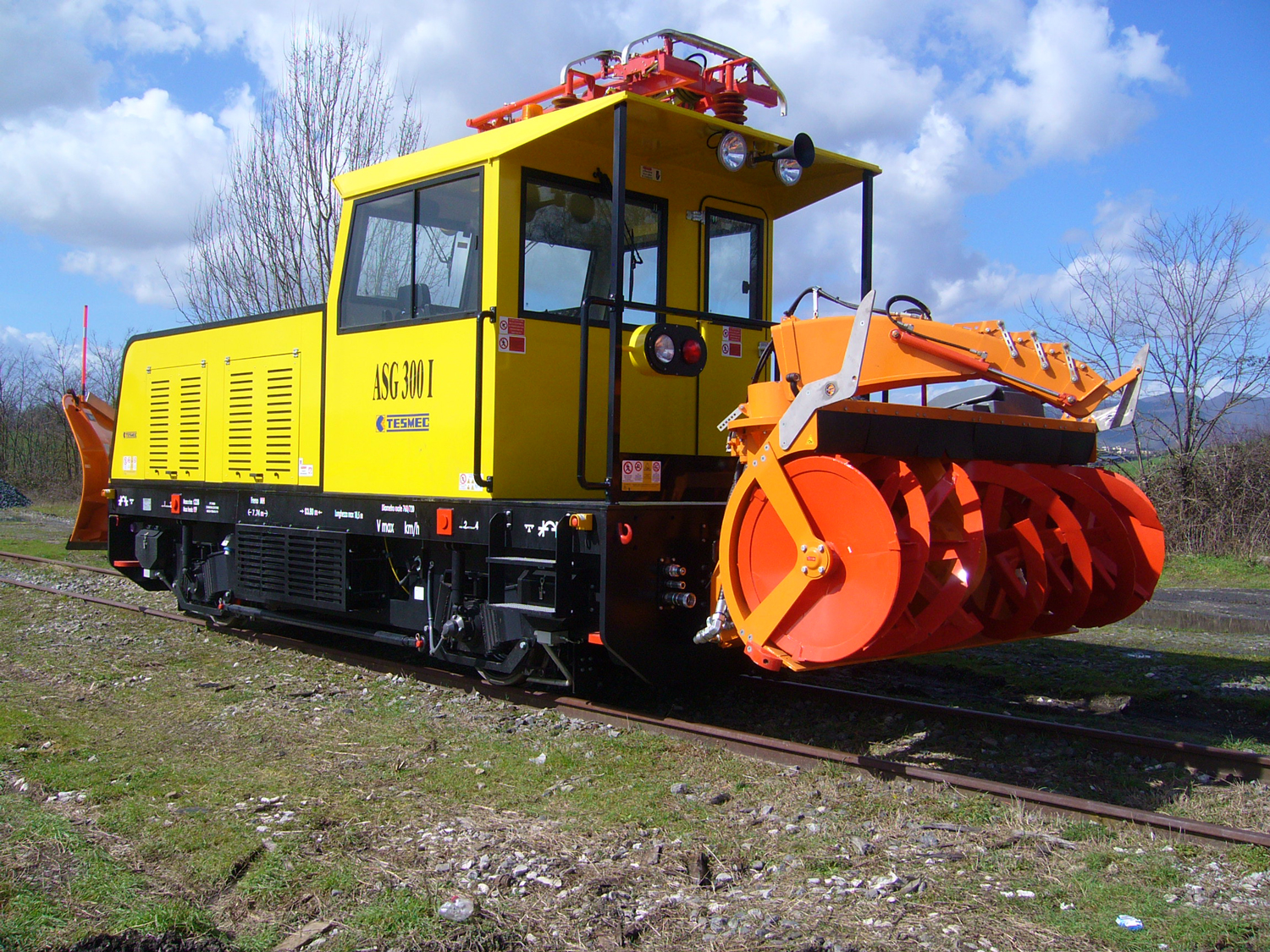 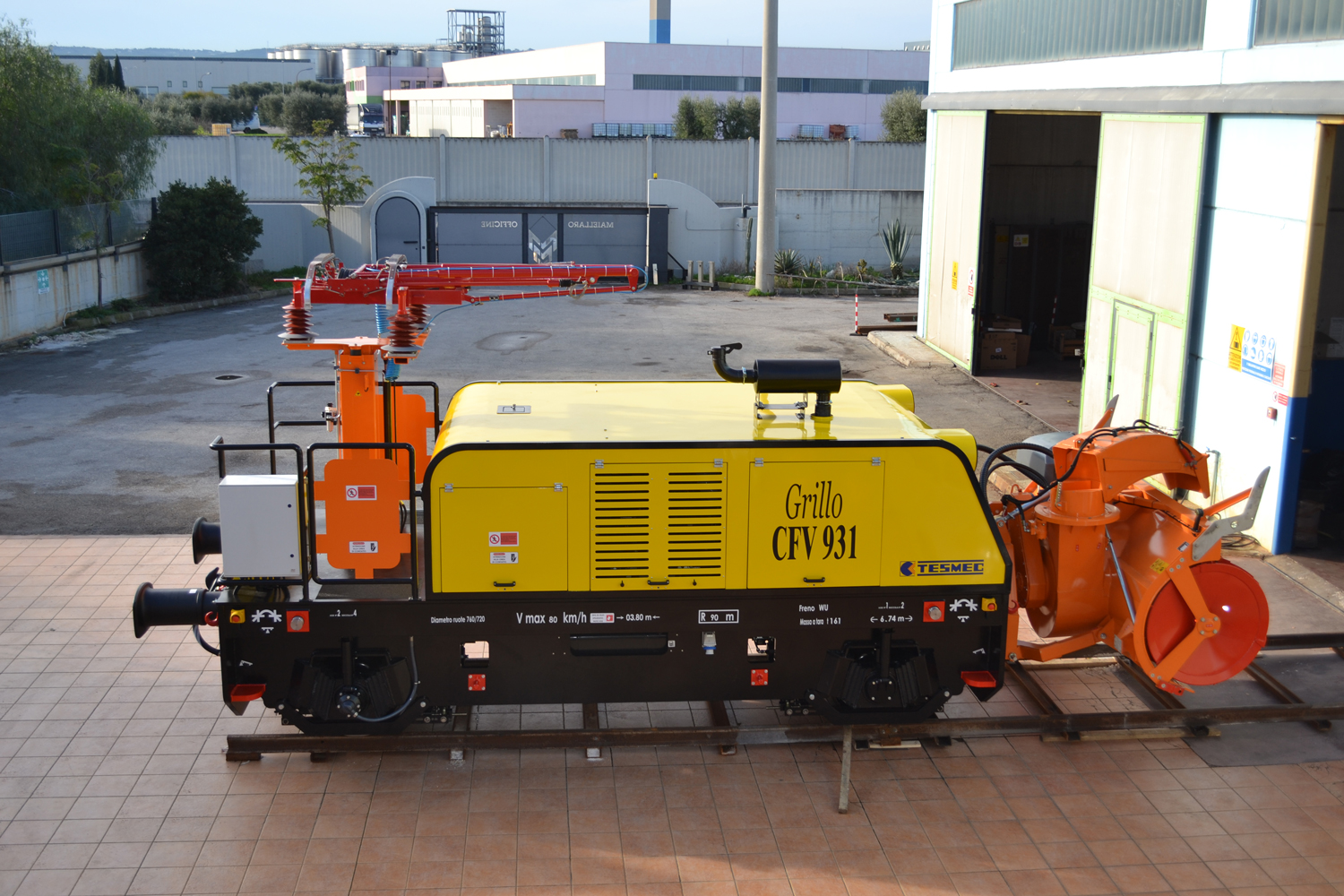 Tesmec, thanks to its know-how acquired over the years and allowing it to offer advanced technological solutions in international markets, proposes new advanced snow removal units in the railway market. Tesmec guarantees a high quality and high technology product, considered the forefront of technology in the field of high-speed railway lines.

The units TSNC700, TSNF300 and LHTC400 have been designed to be equipped with tools for snow removal (snowblowers, snow plow, etc.) or also for the cleaning of railway lines (from light snow, ballast or leaves).

The TSNF300 is a trailer unit designed and equipped with a frontal snowblower to remove snow from railway tracks and with some special devices to remove ice from railway switches or from overhead contact wire. The unit is equipped with a traction hook and buffers (UIC type) or Rockinger drawbar coupling to be connected to a motorized vehicle. The TSNF300 vehicle consists of the following main components: main frame, engine case, toolbox for equipment/attachment storage, axles and brake levers, frontal snowblower, pantograph (allows to remove ice from catenary wire), device for ice defrost from railway switches.

The LHTC400 is a locomotive designed and equipped with a frontal snow-blower, a rear snow plow, and some special devices for ice removal from railway switches or from overhead contact wires. The LHTC400 vehicle consists of the following main components: main frame, engine case, cabin with driver, co-driver desks and a seat for two other operators, axles and brake levers, frontal snowblower, rear snow plow, pantograph (for ice removal from catenary wire) and an ice defrost device for railway switches.

Snow Plow: with easily removable double blades, when required, on one side. The blades of the snow plow will be hydraulically adjustable: right and left at different angles and straight and V positions.

Snow cutting & blowing unit: with two snow blowing shafts, cutter blades to cut snow and driven with a hydraulic system on one side.

Snow Sweeper: used to clear snow residues on the track after the snow clearing by the snow blowing system up to the sleeper level.

Rail cleaning unit: to clear snow residues on the track within the gauge after the work of the snow blowing unit or snow scraping unit.